A perfect blend of soul and jazz

Two Places takes you on an amazing journey, past the orchestral sound of  Brussels Jazz Orchestra, the rhymes of Zediam, the soul of singer Monique Harcum and the mixing, scratching and sampling skills of DJ Grazzhoppa. This production tears down musical pigeonholes and creates new places: Two Places, at once.

Brussels Jazz Orchestra looks the innovative powers of jazz right in the eyes, and does so in good company “Two Places is a unique project. It combines the glorious sound of the orchestra with my voice, Zediam’s rhymes and DJ Grazzhoppa’s turntablism. It’s got jazz and soul and funk. It’s a cocktail you wouldn’t expect to taste as good as it does.” – Monique Harcum.

In late January 2020 Two Places had its baptism by fire in the Concertstudio in Kortrijk (BE). An audience of young hip-hop fans, soul lovers and veteran jazz cats welcomed the project with swingin’ hips and groovy applause. All the genres in Two Places have their roots in jazz. Shortly after the birth of hip-hop, performers started sampling jazz recordings, making the BJO sound also recognisable for fans of other genres as well.

Besides stars like rap talent Zediam, singer Monique Harcum and hip-hop god DJ Grazzhoppa, BJO also has fine company in Erik Rademakers (Selah Sue) on electric bass and David Thomaere (The Voice, Netsky, Laura Tesoro) on keyboards. In Two Places, the typical BJO idiom is continually evolving into another sound, without these transitions being shocking. It’s a unique and many-sided trip to some new musical places.

Two Places was originally created under the title We Orchestrate Words, produced in cooperation with KVS Brussel.

Zediam, also known as Zed, is a Belgian singer, rapper and poet. He is part of the hiphop collective Soul'art, the funk band Selder and acts as producer and writer. Zediam doesn't limit his music to the stage: in 2019, together with the prison of Mechelen, he organised a project for detainees in which they could participate in music workshops.

Singer Monique Harcum, born in Philadelphia (US), has toured with the R&B duo Les Nubians, the world-famous Zap Mama and with Grammy Award winning R&B artiest Jill Scott. She is featured on the live album Experience Jill Scott + 360. In 2006 Monique and DJ Grazzhoppa formed the duo Mo & Grazz and released their debut album Fallin’ Upon Def Ears. Their second album Gemini was released in 2010, with the third, Defiant, in 2019. Monique also works (and has worked) as a backing vocalist for numerous Belgian performers and on television programmes.

Grazzhoppa is a DJ, turntablist and producer. In 1984 he got infected with a severe case of that hip-hop virus that was going around. In 1991, he took the title of European DMC Champion, in 1998 he became Belgian champion I.T.F. (International Turntablist Federation) and 3rd in the I.T.F. World Championships. His first known band was Rhyme Cut Core, with rapper TLP. Since then, he has set up various projects, including a DJ big band. He works or has worked with Aka Moon, Reggie Washington, Zap Mama, Anne Teresa De Keersmaeker, Marc Ribot, Greedy Fingers, Kris Defoort, Brazzaville, Blade and many others. Together with his wife Monique Harcum, he forms the duo Mo & Grazz. Considered by some to be the godfather of Belgian hip-hop, Grazzhoppa has released over 100 records with his signature sound on vinyl and CD. 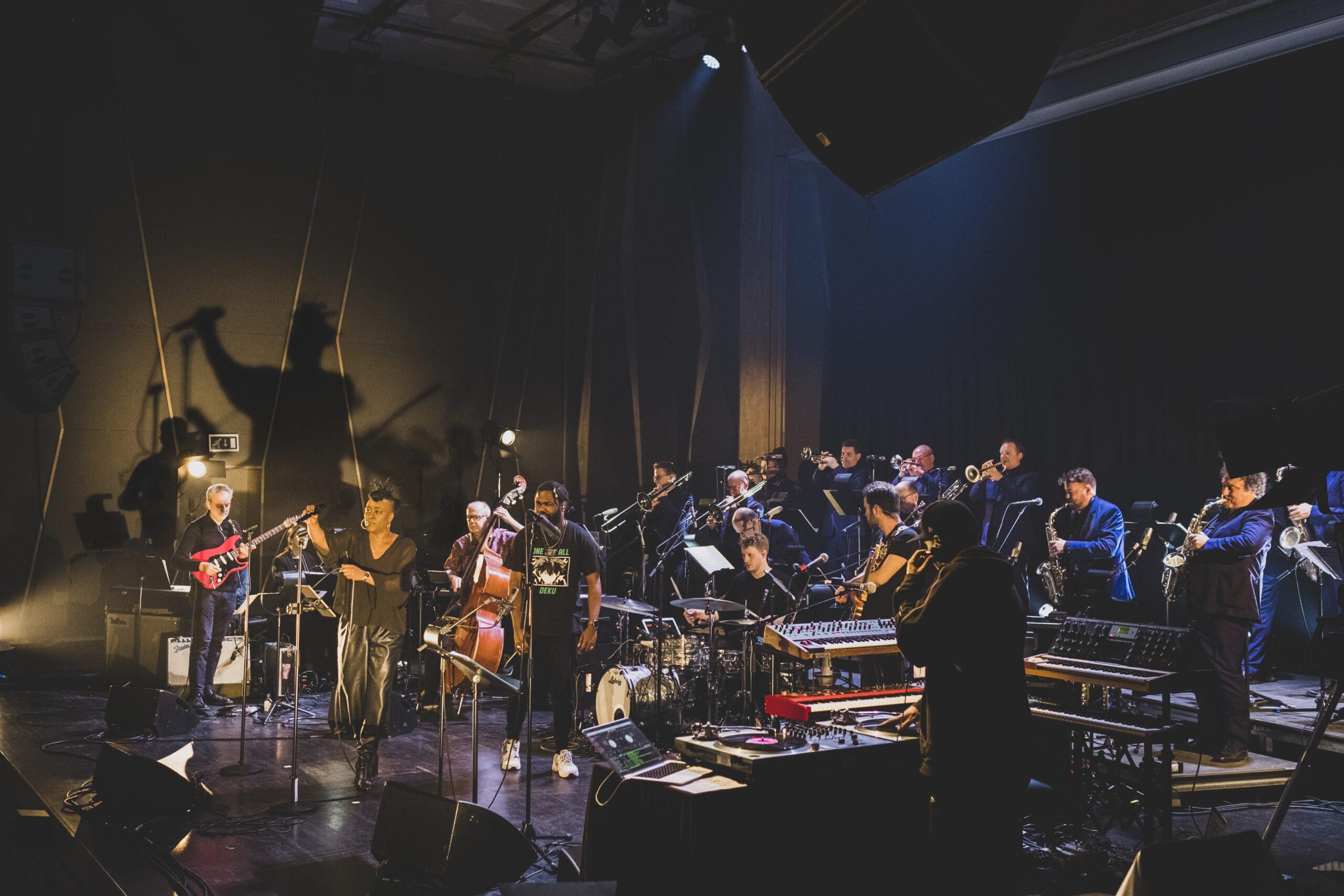